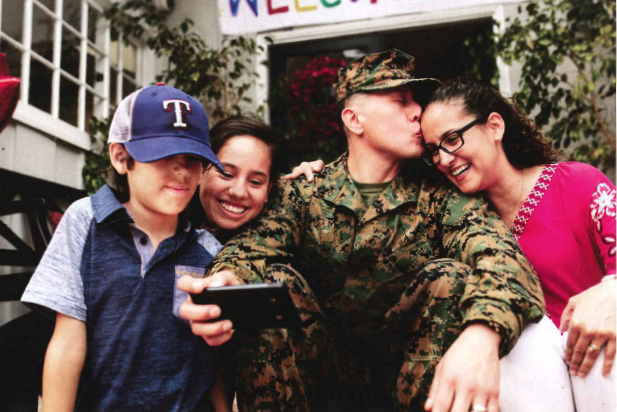 The Armed Forces protect our freedom each day, and to do so requires discipline and exceptional training. This training carries a high value for prospective employers, but bringing the two together isn't always easy. So companies like Ryder, BP, and T-Mobile have opted not to wait for veterans to find them, but to create outreach programs for hiring, employee development, and supplier diversity.

"All programs for veterans and their families are important to us," says Gil Rodriguez, CEO of the Texas chapter of the American G.I. Forum, a civil rights organization founded in 1948 with a focus on veterans' issues. "Many veterans are not aware of the programs that are available. Many come home with physical and mental  disabilities and have to readjust to civilian life." 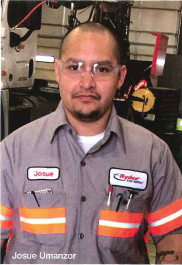 When Josue Umanzor enlisted in the Army in 2012, he was looking for training. "Prior to the Army, I had no mechanic experience but I wanted to learn." he says." I viewed it as a very good skill to have." He was trained as a wheeled vehicle mechanic, meaning he worked on every vehicle at the base with wheels. During his second tour of duty, he received an email informing him that certain companies were interested in hiring veterans with certain skills and were offering free training. One of those companies was Ryder System, Inc. "The match was perfect because they were looking for a diesel mechanic in the Army, most of the vehicles we use are diesel-powered," he says.

Veterans leaving the military can experience a lot of anxiety when facing the prospect of re-entering civilian life. For Umanzor, who's married with an eight-year- old and one on the way, companies like Ryder, that actively seek veterans, really helped ease that transition. "Getting out of the military is really scary. You go from a tight knit community, with healthcare benefits. You don't know what's next," he says. "I can't tell you how much easier, how much stress and pressure it took off my shoulders. To find a company that was looking for me at the base, that was just amazing."

Based in Miami, Ryder is a FORTUNE 500 logistics, transportation, and supply chain solutions company. Leading the charge toward diversity is Frank Lopez, Senior Vice President and Chief Human Resources Officer, as well as a member of the company's Executive Leadership Team. "The military provides very good talent," he said, "and great training for employees. They learn to think on their feet, and think fast. We feel that's valuable synergy for us." 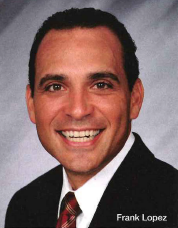 One of the initiatives Lopez is most proud of is Pathway Home, which provides hands-on diesel technician training to exiting veterans, begun in 2016 in partnership with Soldier for Life - Transition Assistance Program. Ryder also partners with the U.S. Chamber of Commerce Hiring Our Heroes program, which it joined in 2011. In 2017, Ryder received the Chamber's Hiring Our Heroes Lee Anderson Veteran and Military Spouse Employment Award for overall excellence in hiring and retaining veterans.

Anais Carmona, the Manager of Federal Government Affairs and Strategic Alliances at T-Mobile, was exposed to the military growing up in El Paso through her father, who worked for thirty years for the Department of Defense at Fort Bliss. She studied international security at Georgetown University in Washington D.C. Her last semester, she worked at an LGBT Latina veteran-owned company which she considers a life changing experience. "I got to meet members of Congress and I got a good sense of the corporate side, how they work;' she says. In her current position, she represents T-Mobile at various events, like conventions sponsored by advocacy groups, where she also recruits veterans. For the last three years T-Mobile has sponsored the veterans breakfast at the League of United Latin American Citizens' (LULAC's) convention. T-Mobile was also included in GI Jobs's list of the top 100 military-friendly employers.

"At T-Mobile, diversity is part of our corporate culture, including hiring veterans," she says. "Veterans bring quality, honor, integrity, follow-through, and teamwork, values that we hold in the highest esteem."

T-Mobile has pledged to recruit 10,000 veterans and military spouses in the next five years, its biggest hiring commitment ever. The company maintains walls of honor for veteran workers at their call centers and offers supplemental pay for military leave above what's required by law. The company also partnered with groups like FourBlock that provide career readiness training and donated to the veteran-led non-profit, Team Rubicon. T-Mobile also offers discounted calling plans, like T-Mobile One, to veterans and their families. According to Carmona, "It's the biggest discount in telecommunications."

As veterans begin transitioning from military life to the corporate world, they may face challenges when seeking employment. One such challenge is being open to looking at a variety of industries and roles. For example," quite often it is assumed that oil and gas companies like BP only hire engineers, but that if far from the truth. We hire computer scientists, logistics professionals, technicians and so much more", says Yasmin Wilkinson, Director of National Strategic Relationships and Initiatives for BP America.

"BP understands the value veterans bring and we work to not only create a pipeline for these individuals, but also partner with organizations to help the broader veteran community in preparing them as they enter corporate life," she says. "It's about bringing leadership into the workforce and veterans have a great potential to do that with their skill set and expertise."

Launched two years ago out of BP's supply and trading division, MPP seeks to train transitioning veterans via a paid internship for one year. Participants go through a rotation learning different areas of the trading business, like analytics. The participants will also have a dedicated mentor to support them through this learning process as they go on to apply for a permanent position within the trading business. Participants have been up hired through the program every year since it began in Houston, Chicago, and London. It's been so successful that other BP segments are looking to adopt a similar program. 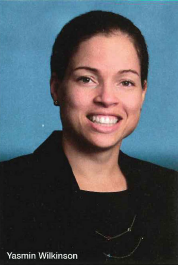 The BP Mentoring Program in partnership with ACP began this year under Wilkinson's direction with 58 participants and is a project that she describes as "close to her heart." Also a one-year program, it pairs employees with veterans to act as mentors. Participants meet monthly to develop professional skills, like writing a resume, developing a career roadmap, as well as the opportunity to develop their network.

"I was looking for a way to do more workforce engagement, to get BP employees to do more work around veterans," says Wilkinson. "We look at what are a veteran's transferable skills to what industry he or she is passionate about, and how we can prepare them for working in Corporate America."

Finally,VBRG is an employee resource groups for all veterans who work at the company. Through the group, they find support and understanding from fellow veterans who may have similar backgrounds. Additionally, BP supports the Student Veterans of America for recruiting opportunities, attending and sponsoring its annual convention. The company also sponsors the Paralympics.

Many companies reach out to veterans, but not all. In this regard, companies like Ryder, T-Mobile and BP are outstanding corporate role models. For them, the benefits are obvious, but so is the obligation. "Veterans and their families are making the ultimate sacrifice for us," concludes T-Mobile's Carmona. "They're often in need of support beyond a thank you. They need to feel included, useful, and have good jobs after they've served." Cl