Skip to main content
November 7, 2019
Allyson Heyen
Task and Purpose
Print Copy Available Here
Playing to Your Strengths: How One Veteran Used His Talents to Find a Career wi… 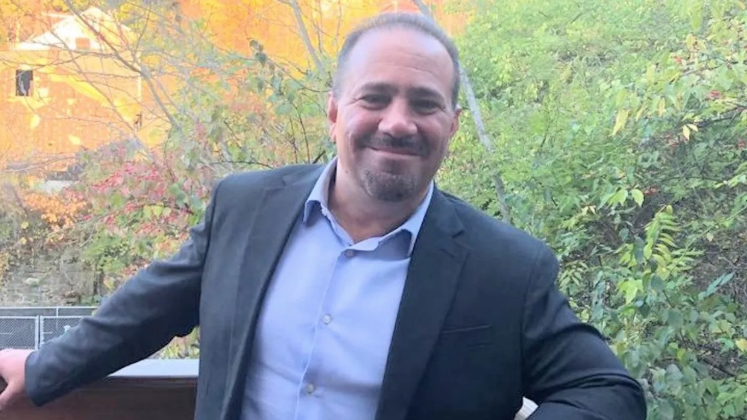 Air Force veteran Adam Gubitosi has many strengths. His 21-year career in the Air Force helped him hone the talents he already had and develop new traits to further his civilian career. By relying on his strengths — fostering personal growth, networking, and goal-setting — Gubitosi has created a successful career at WESCO Distribution, Inc.

Throughout his military service, Gubitosi achieved consistent upward mobility. He enlisted as a military police officer, worked as a surface-to-air gunner, and was a Leadership School instructor. He earned his bachelor's degree, followed by his master's degree, and was commissioned as an officer. For the last 11 years of his military career, Gubitosi served as an aircraft logistics officer. "I ran a squadron of 400 people and 86 fighter aircraft," he said. "There were a lot of moving parts." With each new job came new challenges that required him to adapt to fit the role. It was a military career filled with growth opportunities, but eventually, Gubitosi felt the pull of a career in the corporate world. It was time to nurture a different side.

As he transitioned out of the Air Force and into the civilian world, corporate culture emerged as an area he needed to study. "I was comfortable with many aspects of the corporate workplace, but the culture was unfamiliar," he said. "I had to step back and recognize the differences between the military and corporate worlds." Learning about corporate culture was not automatic for Gubitosi; it was an area of growth that he had not anticipated. Taking the time to educate himself about the ins and outs of the corporate field helped him adjust into his new career more easily.

Gubitosi spent four years in Pittsburgh while on active duty. During that time, while working with the Air Force ROTC program at the University of Pittsburgh, he made connections that he was able to call upon as he prepared to leave the military. "I joined the American Corporate Partners program and was connected with a mentor who guided me through my transition," he said. "She helped me with resume writing and interviewing." This experience was key to post-military career success for Gubitosi.

Through his network, Gubitosi learned about WESCO, a supply chain services company that handles distribution of industrial material. "WESCO was a good fit because many of the functions are the same as the Air Force, just under a different name," he explained. After a streamlined interview and hiring process, Gubitosi began his new career working in supply chain process improvement for WESCO.

Today, he thinks WESCO is a great fit for veterans: "From warehouse opportunities to business managers and beyond, veterans' skills easily translate to jobs at WESCO." The company's Veterans Recruiting Initiative is dedicated to discovering qualified veterans and bringing them to WESCO. "We partner with local organizations and participate in veteran hiring events in order to reach as many qualified people as possible," Gubitosi said.

Finding a job after the military is not always easy, and Gubitosi knows it well. "My advice is simple," he said. "Network. Network. Network." He encourages veterans to use the resources available to them to the fullest extent. "Veterans should partner with people who have successfully transitioned in order to learn from their mistakes and their successes," he said. "Ask about the hiring process, interviews, salary range. Use the knowledge of others to help you get ahead."

Gubitosi has always been a goal-setter. "One of my earliest targets was to travel," he said. This desire was one of the main factors driving him to join the military. During his Air Force career, Gubitosi successfully accomplished this end. In his time at WESCO, he has continued it. "In my current role, I have the ability to travel about 30 percent of the time" he said. "It is a great balance for me."

When deciding on a post-military career, Gubitosi set a few benchmarks for himself. "I wanted to be in a large, well-established organization," he said. "I wanted to find an all-encompassing role with diverse functions that would let me use my skills to the best result." Again, WESCO hit the mark. This large, Fortune 500 company offers internal and external jobs and provides varied experiences for its employees. For Gubitosi, a career with WESCO allowed him to achieve the goals he set for himself, which leaves him open to develop new goals ahead.

First during his Air Force service and now in his career at WESCO, Gubitosi has learned to play to his strengths. Thanks to his focus and adaptability, he has achieved career success.