Printable Version of this Article 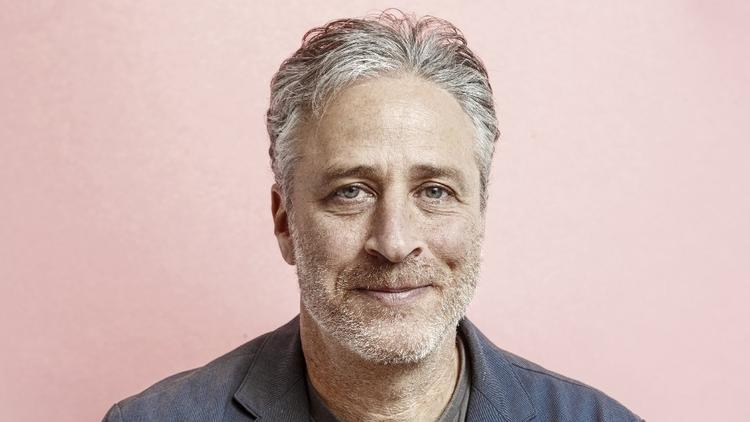 It’s been almost two years since Jon Stewart abdicated the throne of “The Daily Show,” but he hasn’t just been living under Stephen Colbert’s desk the whole time.

The former host, 54, is coming to Chicago on June 30 to kick off the Department of Defense Warrior Games, a Paralympics-style sporting competition featuring teams from all branches of the military.

Approximates 265 seriously injured or ill service members and veterans will participate in the competition. In the past, the Games have taken place at military institutions, such as West Point, but this year U.S. Navy is co-hosting the games alongside the City of Chicago at Soldier Field in an attempt to broaden awareness of the event. More star power has been added to the roster, with Blake Shelton and Kelly Clarkson joining Stewart at the opening ceremonies.

“We ask an awful lot of the veteran community. The least we can do in return is support them when they’re home,” Stewart said of his efforts to expand coverage of the Games. “If a shot-put falls in the forest, does it make a sound? It’d be nice if it made a sound.”

Stewart’s ties to the Warrior Games and his work for veterans goes back to his time behind the desk on “The Daily Show” when the production incorporated an internship program for veterans in conjunction with American Corporate Partners. After befriending the head of the ACP, Stewart attended last year’s Warrior Games at West Point to help draw attention to the event.

“It was great, but it was (just) the athletes, their families, their caregivers and it felt like something that the public should be involved in,” Stewart said. “On the way home, I was saying, ‘This is where the cameras should be, this would be perfect for ESPN.’ And my son (Nathan Stewart) just said, ‘Well, why don’t you call them?’”

Nathan’s exposure to the Games is of the utmost importance to Stewart. In his opening ceremony speech last year, Stewart discussed why he felt compelled to have his son accompany him to the Games; they’ll be attending together this year, as well.

“As a parent, you never know where your lessons will land,” Stewart said. “I hope at the Games he sees the resilience, integrity … maybe even the idea that you don’t have to be defined by the worst day you ever had.”

For those competing, their service has resulted in injuries that create challenges for the rest of their lives—typically the only physical evidence civilians see of the work the armed services do abroad.

According to Stewart, the Games, featuring a variety of adaptive sports including swimming, archery, cycling and sitting volleyball, are an opportunity for Americans to show their appreciation of the sacrifices the men and women of the armed forces make separate from the policy decisions that guide them.

“It’s really difficult—not just for the veterans but for their families, too—when the rest of the country is told, ‘Oh, don’t worry, we got this, you don’t have to think about this.’” Stewart said. “Everyone falls down on the trite gesture of, ‘Thank you for your service,’ and I’m sure that’s great to hear … (but attending the Games) is a way to do something more than just lip service, to actually show up and show support.”

Though they may be loyal to their branch, with rivalries to prove it, the universal experience of serving unites them beyond their competition on the field, the court or in the pool.

“They’re all fighting just as hard as they can,” Stewart said. “I’ve been involved in athletics my whole life, but I’ve never seen this enthusiasm for competition and for testing one’s limits … these are the individuals who put themselves in harm’s way for others. There’s incredibly fierce competition but an almost fiercer bond.”

Stewart’s unabashed enthusiasm and support for the athletes in the games is a far cry from the jaded, cynical views that defined his career from his brief stint on MTV in the 1990s through his reign on “The Daily Show” until mid 2015. Still, it’s not hard to draw the line between the two—above all, Stewart is passionate about his beliefs, whether that’s the belief that we should support the armed forces or the belief that certain politicians don’t have the country’s best interests at heart. Even two years removed from political commentary, his affinity for ranting about politics hasn’t disintegrated.

“I give a pretty good diatribe pretty much every night around dusk in the barn. All the animals gather ‘round and I hit ‘em with really good hardcore political analysis,” Stewart joked.

Though politics may be divisive as ever, Stewart doesn’t miss sitting behind the desk that’s now home to Trevor Noah, 33. According to Stewart, the catharsis of analyzing the political process, which he always found frustrating, waned as the years went on.

“It’s not as though without the show I have all of this frustration bottled up,” Stewart said. “I have so many other things repressed and bottled up that I’m not sure there’s any room in there … but, no, I don’t miss that.”

And it’s not as if the show didn’t take its toll. Of his passing the torch to Noah two years ago, Stewart acknowledged that it’s important to trade out a weary voice for one that hasn’t yet developed his trademark cynicism.

“The greatness of young people is that life hasn’t broken them yet,” he said. “As you get older, you tend to talk yourself out of things more, run down the decision tree and ultimately end up not embarking, so there’s a certain sense of lack of inhibition and not stopping yourself that’s really necessary to progress.”

Certainly, Noah is making his mark. Just last week, his condemnation of the National Rifle Association’s silence on the Philando Castile case went viral. But Stewart knows the weight that came for him will eventually come for Noah too.

“We will break you; nobody’s come out of this without us breaking them,” Stewart said. “Like a succubus, let us live off of your life force. That’s what I’m saying to young people.”