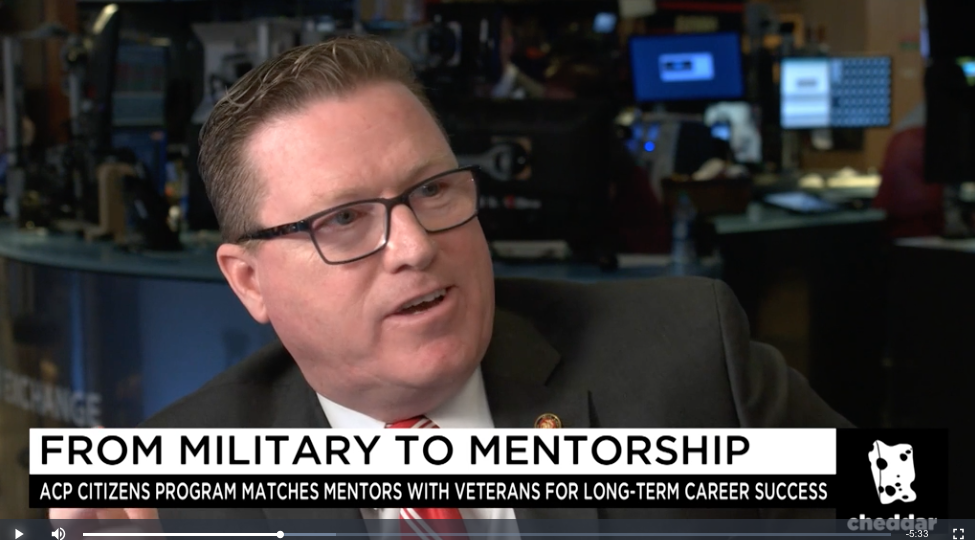 Timothy Cochrane, president of ACP Citizens Program, explains how the non-profit is helping members of the military land jobs in the private sector. ACP works with returning vets through one-on-one mentoring.

Cochrane calls the transition from military back to private life "monumental." ACP is backed by over 70 Fortune 500 companies.

Cochrane, a former Marine, says he was "terrified" when he left the military and started going on job interviews. ACP also launched a women's program in 2016, which pairs female veterans with senior executive level women in the workplace.