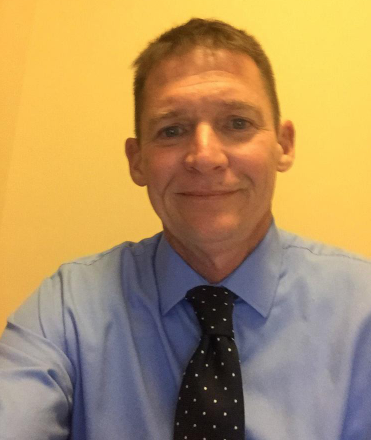 FLORENCE — If you were to ask Florence resident and Arizona Eastern Railway (AZER) General Manager Matt Moyer about his career, he would tell you that experience both on the railroad and in the military have intertwined to bring him where he is today.

Moyer worked his way through the ranks of the U.S. Army, beginning as an infantry officer in the late 1980s and most recently serving as an instructor at the Afghan War College from 2009-2013. He also has excelled in the railroad industry, where, he says, his military skills have proven valuable.

“I started at BNSF Railway in 2000 after coming home from active duty,” says Moyer. “Then, I was recalled to active duty in 2003 and, because of my prior railroading knowledge, served as a military advisor for the Iraqi Republic Railway.”

Upon his return from teaching at the War College in 2013, he joined the Missouri & Northern Arkansas Railroad, a subsidiary of Genesee & Wyoming Inc. (G&W). Moyer then held roles at G&W operations in Massachusetts and even in Saudi Arabia, given his previous stint at the railway in Iraq, before landing at the Claypool-based AZER earlier this year.

“Any success I’ve had in railroading was really all by chance,” he says. “When I first applied to BNSF as a trainmaster, I had to ask what that even was during my interview. There was no program to assist me in transitioning from military to civilian life, so I was shooting in the dark a bit. But I was told that my military skills – namely safety, teamwork and strategic planning – were easily transferable to the trade.”

Given the uncertainty and lack of guidance he faced in the past, when G&W approached Moyer to participate in its U.S.-wide relationship with American Corporate Partners (ACP), a national nonprofit aimed at assisting veterans in their transition to the corporate sector, he knew he could help someone else make a smoother shift to civilian work.

“At this point in my life, I can speak the language of both the military and corporate sector – two very different worlds,” he says. “I wish I had someone back then to ask all the mundane questions and not be judged for what I didn’t know.”

Through ACP, Moyer is mentoring Jason, who is serving in Afghanistan as commander of an Army attack helicopter company.

“Jason’s responsibilities and the time difference between us make it challenging to talk,” says Moyer, “but in the times that we have touched base over the past five or six months, I’ve given him guidance on building a resume that can translate to the corporate world. We’ve also discussed ways he can aim for work-life balance, which I find is important to most veterans.”

Moyer expects their communications to ramp up as Jason gets closer to deploying back to the U.S.

Prior to mentoring for G&W and ACP and while living in Massachusetts, Moyer frequently visited a senior citizens center to play chess with veterans. He hopes that his volunteer work inspires others in the community to give back to service members.

“A lot of people don’t realize that most veterans today have time in combat zones,” he says. “That’s a lot different than serving the country in peacetime. There is vast, untapped knowledge, heroism and humor in our veterans, and everyone should take opportunities to sit down and talk with them.”

Moyer said he’ll be spending Veterans Day either watching football or working. He said a lot of military friends on Facebook end up exchanging messages, and it’s a chance to catch up with people he served with. He said he’ll likely also try to visit one of the many restaurants offering a Veterans Day discount.

Any company or individual – whether a veteran or not – can visit ACP’s website at acp-usa.org to learn how to participate in the organization’s efforts.