In late July, ACP was highlighted in a segment on Fox & Friends in honor of National Hire a Veteran Day. US Army Protégés Marc Edun and Michael Maniaci spoke about their experiences transitioning and what they worked on during their mentorships with S&P Global's Michael Mell and Goldman Sachs retiree Joe Ziluca. Throughout the course of their mentorships, Marc started a job at Deloitte and Michael began an internship at Credit Suisse.

ACP Citizens Program President Tim Cochrane also spoke alongside the pair about ACP's growth and history. ACP is very grateful to Marc and Michael for their assistance in representing the program. ACP would also like to thank the team at Fox and Pete Hegseth for being such great, longtime supporters of our nation's veterans.

If you're interested in finding out more information about ACP, please email info@acp-usa.org. 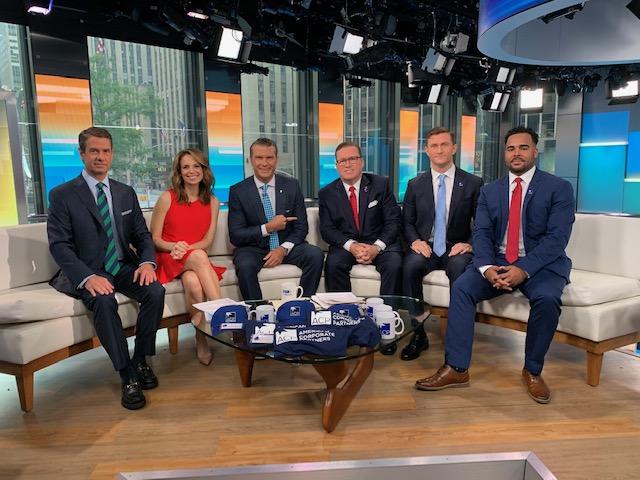