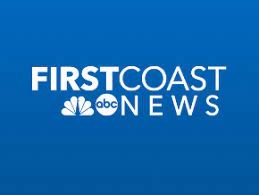 American Corporate Partners has more than 200 corporate partners, including TEGNA, the owner of First Coast News.

JACKSONVILLE, Fla. — From serving her country to serving others, Amber Kulesza's self described passion is people. However, making that transition from military to civilian life proved harder than she thought.

"I originally tried to do it on my own like many of us do and was unsuccessful," she explained.

Job interviews - let alone job offers - were hard to come by. She had connections while in the US Air Force, but making them as a civilian became a teachable moment.

"One of the things I've learned through my tribe with Vets2Industry is learning how to build up your network," Kulesza said. "We did it in the military but we didn't realize it.  We always knew who to connect to in a certain shop to get certain things done and it's just translating that to the civilian side."

One network she joined was American Corporate Partners, a non-profit that navigates veterans and their spouses through what often times can be a maze of questions and uncertainty after their service.

"Having an opportunity to help a veteran on their way to transitioning in the civilian role has been meaningful to me," said CJ Smith, a mentor with ACP.

The 24-year Navy veteran didn't have the organization to help him find work 15 years ago, but through a partnership with his employer, CSX, he's now making sure those who are struggling with finding employment land their dream job.

He is one of more than 30 CSX mentors in Jacksonville.

"For me it's about giving back," Smith said. "So, when I was in the military and my whole life service is embedded in our values and my values and the values in my company."

ACP has more than 200 corporate partners, including CSX and TEGNA, the parent company of First Coast News.

More than 20,000 veterans have completed their mentorship with ACP.

Kulesza is currently in the program and offers this advice for any veteran who is uneasy about asking for help.

"I think by just reaching out and just taking that first step to say, 'Hey, as a veteran, as a spouse this is what's going on, this is what I need help with,' and there's no shame in that," she said.