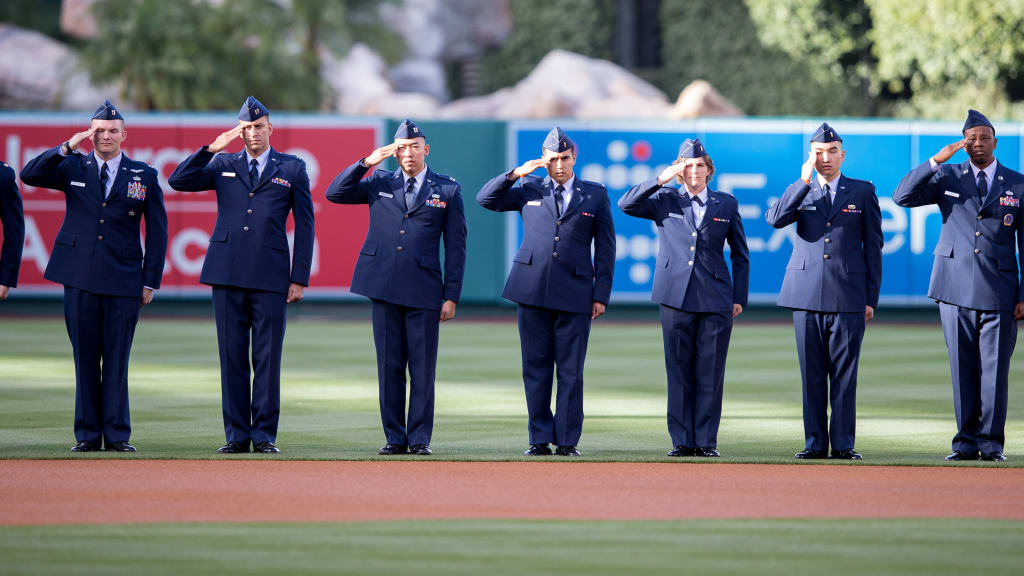 When Patrick Perry was preparing to retire from the United States Army following more than two decades of service, he was faced with the daunting task of transitioning to civilian life, and the job search that comes with it, without much of a safety net.

The process can be overwhelming: Leave service life at middle age, seek mainstream employment for the first time, and do this while raising five children. Where to even begin?

Then a friend mentioned a mentoring program that might make the process easier.

"Somebody said, 'Hey I've got some advice for you,'" Perry recalled. "Go to this website, sign up. You'll be partnered with somebody. You'll love it.'"

That "somebody" was Truman Boyes, Major League Baseball's senior vice president of infrastructure, and the website Perry accessed was operated by American Corporate Partners, a non-profit organization that helps retired military veterans find their next careers through mentoring, networking and online career advice.

In 2018, MLB entered into a partnership with ACP and encouraged its employees to sign up to mentor veterans transitioning to civilian life. And that's how Perry ended up carving out his place in the workforce.

"I took a drastically different approach than most people, where I sought out somebody who was far removed from the government, and I didn't care where they lived," said Perry, the director of emerging technology for federal DOD/IC at Zscaler, a global security company. “I think I even said I didn't want to be linked with someone with the government, because I spent 22 years in the government. I know enough about that. I wanted a perspective to be told I'm wrong, over and over again."

Saturday was Armed Forces Day, and in normal times, MLB would be acknowledging the day with celebrations that correspond with the games being played at ballparks throughout the country. The national pause due to COVID-19 makes that part impossible, but MLB's support of initiatives involving the military hasn’t stopped.

Their work with ACP and the ongoing mentorships are a reminder that not everything has come to a halt during the pandemic, especially considering most of the mentoring typically happens over the phone and FaceTime, anyway.

Since ACP was formed in 2008, 17,000 military members have completed the program. More than half of those veterans have done so in the last 3 1/2 years. MLB has provided 73 different mentors since partnering with ACP just under two years ago.

"The way we support the military tends to be in transition assistance, like this program, because we know 200,000 service members are transitioning every year," said Melanie LeGrande, MLB's vice president of social responsibility. "It's important to the military as well. They want their service members to have a successful transition. You don't want to go in to the Air Force or the Army or the Navy and not know what to do next, because that may deter people from going into the service. Being able to successfully transition is a big deal."

Imagine a recent college graduate attempting to enter the workforce without help -- no career counselors, no well-connected professors, no peers who are going through the same thing with whom to commiserate. That's essentially what a veteran has to go through, but at a more advanced age.

Mentors can fill a lot of those holes.

"It's expected a 22-year-old coming out of college doesn't necessarily have the skills necessary, but they can train," said Sid Goodfriend, a former investment banker who founded ACP in 2008. "Imagine if you're 40, and you're an officer, but you still have never worked at a company before. An entry level job is not what you're looking for to feed your wife and kids, and you're so much more talented. But you have to translate that."

It starts with the basics, like building a resume. This may sound easy enough, but often, it’s not.

"In the military, you have a kind of automated ‘resume’ that really is just based on, here's where you served, here's where the schools you’ve been to [are], here's your deployments," said Kiera Connerty, a former U.S. Military captain and West Point graduate who now serves as MLB's director of talent. "You literally push a button and it pops out of the system. You never had to apply to a job in the military. You're generally told, 'Here's where you're going next.' Hopefully they have some say in it, but that's not always the case. So it starts there."

For Perry, he needed help with the basics: build a resume, sharpen his interview skills and know what fair compensation, salary-wise, to look for.

In his conversations with Boyes, Perry found clarity.

"There was no stress, no pressure, no awkwardness," Perry said. "He jumped right out of the gate in being very helpful and doing anything he could to make it very relatable, and kind of pushed the conversations of what I didn't know, and not just agree with everything."

Currently, MLB is the only major pro sports organization that has partnered with ACP. Baseball's expansive operation and its dozens of specialized fields within the industry have been of huge value to ACP's efforts to expose veterans to what may be feasible in the work force.

"Many of these people have never interviewed before," Goodfriend said. "Most people at MLB have interviewed quite a number of people. You know instantly when there's a bad interview. We try to help our protégés understand what makes for a good interview. What is the interviewer looking for? It's not about you, it's about what the company is looking for."