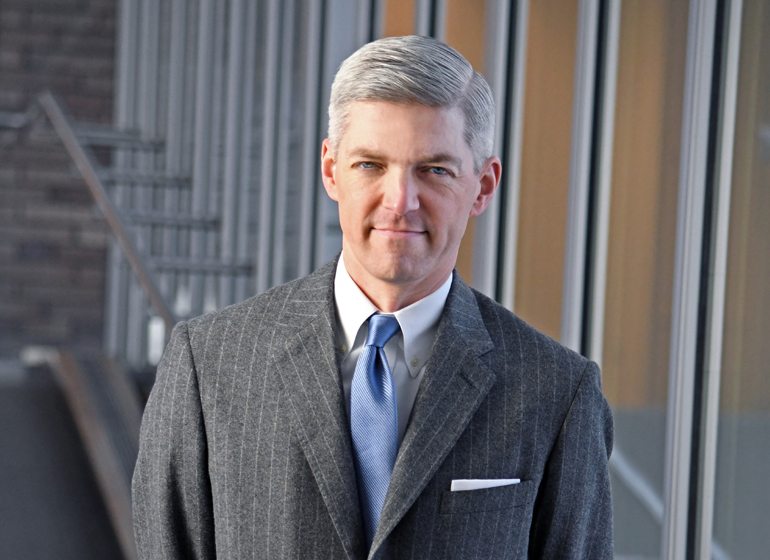 In the fall of 2016, U.S. Marine Corps veteran Matthew Mainzer was in his final year at Pace University in New York City and, like many undergraduates with graduation on the horizon, wasn’t sure what his next professional step should be.

“I had ideas of what I wanted to do, but it was a blank space between now and then,” Mainzer said. “I mainly wanted help bouncing ideas and having someone to help me focus my plans.”

Around that time, Mainzer was paired with a mentor, Matthew Heiman, vice president and assistant general counsel at Johnson Controls International plc, to help him with the transition.

Heiman has been mentoring veterans through the program for four years, initially while working for Tyco International PLC and now with Johnson Controls, following the companies’ merger.

Heiman, who is now in his fourth mentor partnership, said he’s motivated by an appreciation for veterans’ service and for the mentoring he received early on in his own career.

For a year, Heiman and Mainzer spoke for about an hour on the phone every two weeks, discussing Mainzer’s goals and plans. Mainzer, whose five years of military service included two deployments to Afghanistan, had his eye on graduate school, but also the possibility of a full-time job.

“We would talk about how do you manage competing priorities,” Heiman said. “It was a really easy assignment for me. Matt’s a bright guy who has a ton of options.”

Mainzer, meanwhile, found it helpful to have a sounding board while navigating post-college decisions.

“(The mentorship) was a short time commitment and I got an immense value out of our conversations,” Mainzer said. “I can say that there are some things I wouldn’t have been as successful with if not for our conversations and without advice from Matthew.”

In the fall of 2017, Mainzer moved to Novi Pazar, Serbia to begin a nine-month stint of teaching English through the Fulbright Program. This fall, he will begin studying at Johns Hopkins University Paul H. Nitze School of Advanced International Studies.

After that, he plans to join the U.S. Foreign Service.