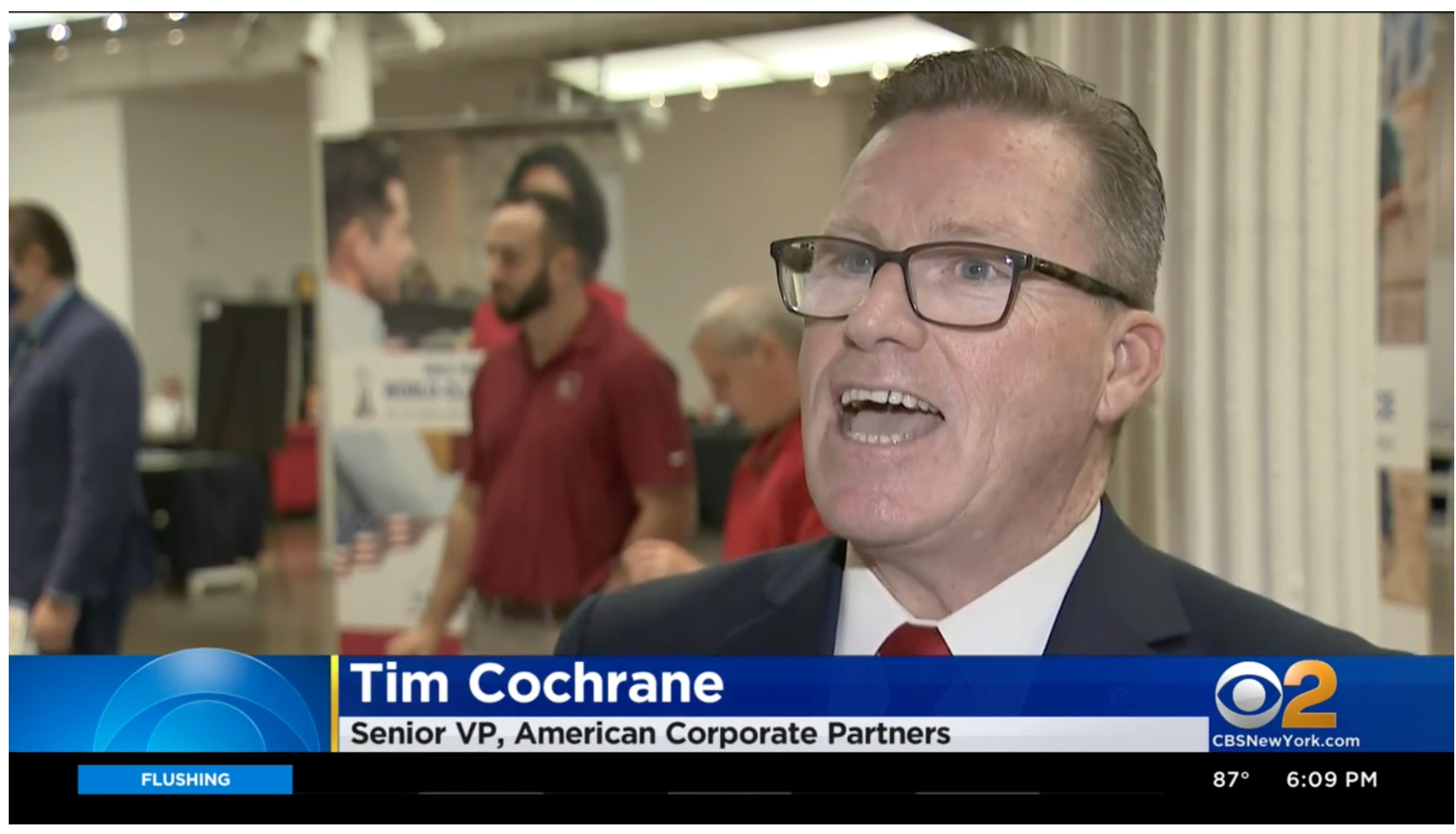 As CBS2’s Nick Caloway reported, jobs were on display at a Chelsea art gallery where job-seekers all had something in common: They’re all either members of the military, veterans or military spouses.

“I was working for Envoy Air, and we’re furloughed right now. So I’m out here trying to get a job,” said U.S. Army veteran Victoria Feliciano.

“It’s strenuous. Fill out all these applications. They say everybody’s hiring, but I feel like that’s more for fast food. Not that that’s wrong, but when you’re actually trying to get a career, it’s a little bit more difficult,” Feliciano said.

The toughest part, for many veterans, about entering the civilian workforce is applying the skills they learned in the military to corporate America.

“What you’re trained for is not what you’re doing in the civilian. So it’s kind of hard to put those puzzle pieces together,” said Feliciano.

This job fair featured more than 30 organizations – corporate, industrial and even the CIA – that are looking to recruit and hire veterans.

Senior VP Tim Cochrane said the skills learned in the military are valuable to employers.

“It’s a solid foundation. It’s people who know how to complete tasks, show up for work on time, great communicators, work well with others under chaotic environments,” said Cochrane.

Greg Alexander, from Long Island, recently retired from the Army after 24 years of service. He offered some advice for veterans applying for new jobs:

“Get every, single piece of military jargon out of your vocabulary. No ‘Hooah’s.’ No ‘Roger that’s,'” he said.

The organizer of the job fair, RecruitMilitary, said there are nearly 400,000 open positions. CLICK HERE to view the job board.